Home » How Vitamin A Impacts Your Thyroid & Fertility

How Vitamin A Impacts Your Thyroid & Fertility

When you think of vitamin A, hormones aren’t necessarily the first indication that comes to mind. While it’s well known for its impact on immunity and eye health, vitamin A does much more. It binds the retinoid X nuclear receptors (RXR), which is responsible for the expression of hundreds of genes that influence hormone metabolism, cellular differentiation and reproduction.

The gene, BCMO1 (beta-carotene monooxygenase) is responsible for the conversion of beta-carotene into retinol, the active form of vitamin A. Genetic variations in the BCMO1 gene can reduce the enzyme function by up to 69%, leading to 240% higher levels of beta-carotene in the blood. 1 Presumably decreasing cellular concentrations and bioavailability of retinol.

What this means is that, clinically, high beta-carotene levels are linked to hypothyroidism and amenorrhea (lack of period), indicating its influence on thyroid and reproductive hormones.

Vitamin A and Thyroid

Vitamin A is essential to a number of processes, including hormone regulation. While most of us are able to convert plant-based pro-vitamin A (beta-carotene) into active vitamin A, those with genetic predispositions are less efficient, meaning that they are susceptible to a vitamin A deficiency. This may be an underlying cause of poor thyroid function.

Vitamin A and Fertility

Retinol is important for oocyte development, fertilization, transport, uterine implantation, and fetal development. Interestingly, animal studies show that local intrafollicular carotenoid and retinoid concentrations are dependent on BCMO1 catalytic activity found within granulosa cells.6 In a study involving women with endometriosis undergoing IVF, a higher percentage of high-quality grade-1 embryos and mature oocytes were derived from follicles in the group with the highest tertial concentration of all-trans retinoic acid (ATRA).7

In women who are poor converters of BC to retinol, it is important to provide dietary sources of retinol and reduce the overconsumption of beta-carotene-rich foods. Studies show that in those with low BCMO1 activity, high consumption of beta-carotene-rich foods shuts down intestinal BCMO1 activity, leading to retinol deficiency.

For those that are prone to vitamin A deficiency due to genetic predispositions, it is important to get vitamin A from animal sources and check your vitamin A levels. High levels of beta-carotene or low levels of vitamin A affect the chances of getting pregnant.

If you have any questions, please contact Conceive Health today at info@conceivehealth.com 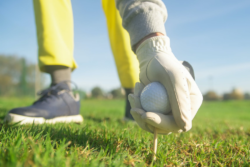 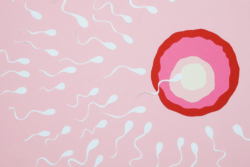 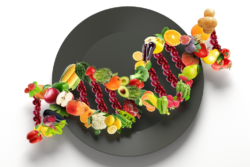 Fertility & DNA Testing: Everything You Need to know